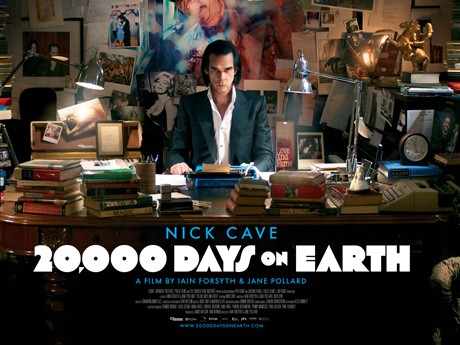 Needing your Cave fix?  PBS recently featured he and his Bad Seeds on an episode of Austin City Limits, which left me wishing for an opportunity to get more of his wild stylistic performance.

This Tuesday December 30th,  the film 20,000 Days on Earth will be shown 7pm at City Winery in Napa: An in depth exploration into the mechanisms of Nick Cave.

A film the Hollywood Reporter declares “richly cinematic…a stunner…[a] unique investigation into the mind of an artist”.  What a bargain night out at $10!  Buy your tickets through City Winery.