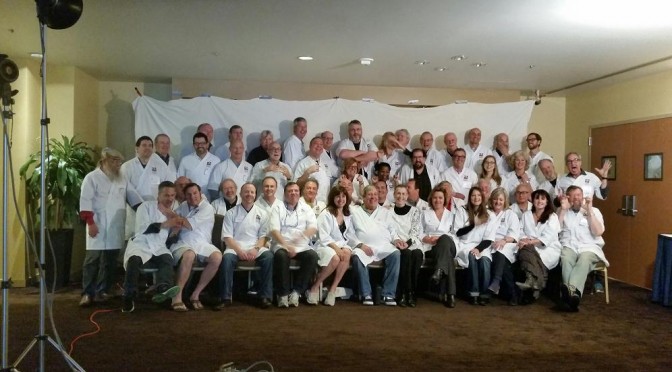 SAN FRANCISCO, CA June 23, 2015– A celebratory 35 years of the pre-eminent international wine competition in the United States wrapped up on June 14th with the San Francisco International Wine Competition.
Surpassing last year’s record number of entries, this year’s competition had a 7% increase in contenders from the year before. The elegant downtown Hotel Nikko was once again the headquarters for this competition, judged by 50 leading palates from around the U.S. as well as Australia, Germany and New Zealand. Judges from the sectors of retail, restaurants, winemaking, media, and consulting judged over 4,902 wines from 26 countries and 29 states. Cabernet Sauvignon, one of the two top selling wines in the U.S., remained dominant categorically this year with 544 entries, the largest category of the competition. Pinot Noir showed its continual winning streak with 32 Double Golds, 20 of which were from the 2013 vintage.

It was also the 4th year in a row that a Riesling wine won BEST IN SHOW WHITE. The WINERY PORTFOLIO OF THE YEAR went to DELICATO FAMILY VINEYARDS of Napa, California; the TASTING PANEL MAGAZINE WINERY of the Year went to WOLF BLASS WINES, South Australia; and the ANDRÉ TCHELISTCHEFF  WINEMAKERS OF THE YEAR award went to Chad Richard, Robert Zeches and Shalini Sekhar of FURTHERMORE Pinot Noir, California.

The competition continued its 100-point scoring system for all Gold and Double Gold medals, which was implemented last year. Several new judges were added in 2015 including Eduardo A. Dingler, Corporate Beverage Director, Morimoto Restaurants in Napa; Ryan McHendry, Coordinator of Category Management, The Kroger Co., Cincinnati; and Bob Paulinski, MW, Senior Vice President of Wine at BevMo!. They joined noted wine talents such as winemaker Heidi Peterson Barrett; Wine Enthusiast critic Virginie Boone; Court of Master Sommeliers’ Fred Dame, MS; and leading wine blogger Joe Roberts among others. When queried about the competition this year Bob Paulinski MW stated, “I’ve judged in wine competitions all around the world, but this was my first at the SFIWC.
It impressed me with a great cast of judges, along with a thoughtful process that fairly judges each wine on its true merit.” Phil Market, Liquor Manager of the Southern California division of Safeway who judged for the second time this year stated, “I’m truly amazed at the caliber of the judges at this competition. You have 50 judges from around the world with years of experience in wine, from retail, wholesale, restaurants, wineries, journalism and consultants, all at the top of their game.”

The medal count for 2015 included 254 Double Golds, a distinction given when a wine unanimously wins a gold medal by all the judges evaluating it, 538 Gold medals, 1,742 Silver medals and 1,568 Bronze medals. A complete listing of winners can be found at www.sfwinecomp.com [4] on June 30, 2015.

The 2015 Label Competition was held on June 16th. Of the 152 entrants,
12 merited a Double Gold award for excellence in label design, more than any previous year. The 2015 Label Design judges included Joel Blum of the San Francisco International Wine Competition, Thomas Gronbukt of the Academy of Art University, and Patti Mangan from Imagine That Design Studio.

Competition director Anthony Dias Blue, renowned food and wine authority and publisher, leads and organizes one of the most important and comprehensive wine competitions in the world. Of this year’s competition he stated, “It is hard to believe that each year can improve upon the last, but it happened again this year. At 35 years, we show no signs of slowing down. Like a focused athlete, we’ve refined our judging roster, trained our staff who manages the logistics for close to 5,000 wines flawlessly, and continue to attract great entries from wineries around the globe. I’m thrilled to see the bar of wine quality continue to rise for the trade and consumers. Our job is to deliver to the consuming public the best of the best.”

Tim McDonald, Director of Judging, said, “I am beyond honored to work with Anthony Dias Blue and such a terrific pool of wine judges who cover every aspect of the wine industry and represent over $2 billion in wine sales collectively. Sommeliers, journalists, buyers, producers, importers and wholesalers make the San Francisco International Wine Competition the most prestigious wine competition held in America every year, as is evident in the results from our 35th year.”

For a complete list of winners and judges, visit the San Francisco International Wine Competition’s website on June 30th: www.sfwinecomp.com
Find more on twitter at #SFIWC and @SFIntlWineComp

For the final installment, here is the BottleRock Day 3 video from Feast it Forward.  Enjoy!

Check out this cool story by the Sonoma County Farm Bureau on one of my favorite winegrowing families, the Sangiacomos!

In addition to being loyal members of the Sonoma County Farm Bureau, the family is also very active with other fantastic organizations like the Sonoma County Vintners, Sonoma Valley Vintners & Growers, Carneros Wine Alliance, and the Petaluma Gap Winegrowers Alliance. For more information about the vineyards and the family, visit www.sangiacomo-vineyards.com.

Stay tuned for “Day 3″, followed by each of our acoustic ‪#‎FEASTsessions‬ sets from participating musicians alongside a full episode of our ‪#‎BetweentheBottles‬ at the festival.

Although it ended last week, Bottle Rock Napa Valley 2015 is still alive and kicking with all the live interviews that will be highlighted on FeastItForward.com over the next few months, as well as in a number of the articles I’m writing for more national publications.

So to get you primed, here’s a review of FEASTing Day 1 at the Williams-Sonoma Culinary Stage and great times spent with musical dynamos Imagine Dragons, Flavor Flav, Zella Day, and The Mowgli’s; star chefs Rick Moonen, Michael Voltaggio, Mei Lin, Victor Scargle, and the Forgone Family; Dave Miner of Miner Family Winery; MC Liam Mayclem; and Katie Hamilton Shaffer and the rest of the great Feast It Forward team!

You can also see some of my fun posts from the festival by visiting my Facebook page at Christopher Sawyer Sommelier or my Twitter/Instagram handles @sawyersommelier. And for more information about the sold-out festival and news on what will be happening in 2016, visit www.bottlerocknapavalley.com.

My dear friend and scholar Trane DeVore wrote this piece last year on his blog The Trout Factory, and I was recently reminded of its transcendence into the wine infested world of Sonoma County. Thanks Trane!

Reminisce along with me! 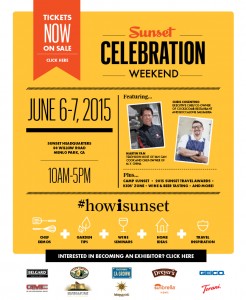 If you already purchased tickets, come to the 1pm Wine Seminar: Sunset International Wine Competition Winners that I will be hosting (Sold Out) but there are still plenty of other things to do if you buy a General Admission Pass; Kids’ Zone, Camp Sunset, 2015 Travel Awards, and more . . .