Lights! Camera! Action! This Thursday marks the beginning of the Mendocino Film Festival 2014, a dazzling cinematic mélange of independent films, local wines, and the flavorful cuisine Mendocino County has to offer, May 29 to June 1. 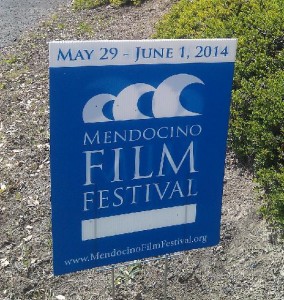 Last year, I was honored to play an important role at the festival by introducing the fantastic documentary SOMM at the special screenings in the charming towns of Mendocino and Philo. In addition to fielding great questions from the audience at each showing, I and fellow sommeliers Ian Coble and Sabato Sagaria (two of the co-stars featured in the film) had many opportunities to taste through a wide range of the world-class Pinot Noirs made with fruit from the premium vineyards in Anderson Valley throughout the festivities.

This weekend, film buffs attending the film festival will also have multiple chances to taste the great Pinot Noirs from the recent vintages. So as a preview, a couple weeks ago I tasted through many of the exciting new releases at the 17th Annual Anderson Valley Pinot Noir Festival, May 16-18. Below are five of my top picks that will be available at the Mendocino Film Festival 2014; local restaurants like the Booneville Hotel and Little River Inn; and fun winery tasting rooms along the way. In the meantime, for more information about the Mendocino Film Festival, visit www.mendocinofilmfestival.com. And for contacts to wineries mentioned in this article, visit www.avwines.com.

Located on the hillside above the Husch tasting room, the first Pinot Noir vines in Anderson Valley were planted on “The Knoll” above the tasting room on the Husch property in 1971. Today, the grapes from these old vines are still putting out dense flavors as evident in the new release from the 2011 vintage, which is highlighted by notes of fresh red cherry, pomegranate, vanilla, earthtones, forest floor, layers of spice, and rich texture. Only 13.7% alcohol and a tremendous value at under $45 per bottle!

Located above the quaint town of Boonville, the Cerise Vineyard features 13 blocks of Pinot Noir planted on four separate ridges. The new release from Knez is a blend of the specific Pinot clones and special selections, which include 2A (Wadenswil), Pommard, Martini, David Bruce and 667. Elegant and refined, the nose is filled with hints of fresh carnations, green tea and ripe plums. The flavors (which open up with each sip) are highlighted by plum, ripe red cherry, cocoa, redwood bark, and a hint of freshly sliced prosciutto.

Made with clones 4, 114, 667 and 777; this is the debut Pinot Noir release from Domaine Anderson, which is located at the site which used to be home to Jim Ball Winery. Deep aromas of red and black fruit, leather, tobacco, clove, earth and black tea. Flavors of plum, red cherry, wild strawberry, rhubarb and a long, dry finish.

Crafted by talented winemaker Jason Drew, this expressive Pinot Noir is a combination of 60% Rochioli clone and 40% of the La Tache special selection planted at a cool-climate hillside vineyard owned by Burt Williams, one of the original founders of the famed Williams-Selyem brand. From the first sip, the wine teases the senses with notes of fresh red fruits, rose petals and mineral. The flavor profile echos these sensations with bright flavors of raspberry, cranberry, pomegranate, wild mushrooms and baking spices; zippy acidity; and a long rewarding finish.

Located near the small town of Philo, the Gowan Vineyard is highlighted by a moderate daytime temperature influenced by the warmer segment of the valley to the south and the cooler climate influence to the north known as the “deep end” of the valley. As a result, this new release features sexy aromas of ripe blue fruits, fresh violets, pennyroyal, leather, and cigar box. On the palate, concentrated flavors of ripe blueberry, boysenberry, black cherry and dark chocolate; vibrant acidity; rich texture; and an ample nuance of toast oak and spice on the finish. Dense. Elegant. Ethereal.

For more reviews of Pinot Noirs and other gems from Anderson Valley, stay tuned for my detailed report upcoming in June. 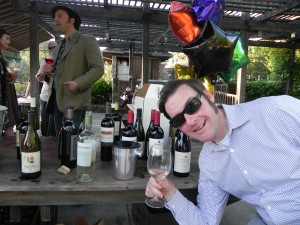