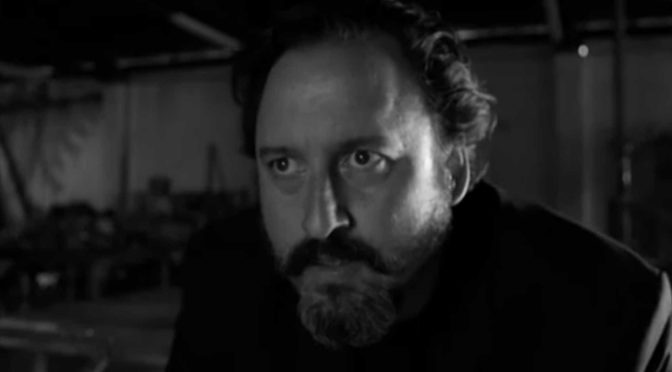 Back in March, The Varietal Show featured Part 1 of these delightful musings with by pal Daedalus Howell: Technical difficulties prevented the remainder being shared, but lucky you, we were able to transcribe Part 2 for your reading pleasure, enjoy with a glass of Seghesio if you have it handy. (Then watch Part 3 with a Zinfandel of your choice.) Cheers! Chris & Daedalus

CHRIS:  So we are down in the cellar and we are going to start the second part of this conversation based on a couple old selections that I just pulled out for Daedalus.  And since we are in Sonoma County where I thought we’d pull a few.

This is the Omaggio, and this is an old old Seghasio brand called the Four Generations:  It is a 1996 Sonoma County blend.  It is a table wine, a Super Tuscan from Sonoma County, go figure.

There are a lot of people in Sonoma County with names that end with “I” or an “O”.  Guess where they’re from originally, the families?  It’s called italy and the fact is that the Omaggio to me was one of those great ones that Pete and Ted Seghasio, I used to do these blind tastings with them all the time.  They invited me to do them and we would have the funnest times.  They’d make me dinner and we would have such a great time but I always you know

“Chris why do you want to bottle up take home?”

“Give me some more Omaggio, this stuff’s good!

I love their Zinfandels, and I did a great thing with one of their family name zinfandel that was on ZAP:  So if you guys love Zinfandel Advocates and Producers please go and check out that amazing show that we did with the Dry Creek producers.  That’s the home ranch and that’s where really the Sangiovese part of this is from, and then the rest of it the Merlot and the Cabernet are from certain spots of Sonoma County. This is a 1996, are you liking this

DAEDALUS: I haven’t tried it yet, I’ve just been hitting the nose which is brilliant.

CHRIS: The nose is amazing.  When Ii tasted it before you came, I opened it to make sure that it was good, it would smell great!  I mean it was amazing, there’s so much fruit in this for being a ‘96.

DAEDALUS :  And it’s 25 years old and that’s what’s crazy!  You know, we think a table wine is not something you’re going to shelf for a while and here it is.  It’s all the better for it, this is really wonderful.  It’s just the nose, the aromatics alone are pretty amazing

CHRIS:  This is kind of one of those moment kind of wines that makes me remember about when I was with Wine X magazine.  Back in the old days and making the transition from UC Davis into what I do, working for Wine X magazine, is just an amazing magazine.  I mean it really was a trendsetter.  It went against everything anyone told you about wine:  Let’s do Wine Raves in Boston, and Texas and let’s go down to Florida and do the same thing. “Okay, that sounds fun!”

CHRIS: I never said no to any offer that I got but I became a better person for that.  This is one of those wines that I think about you know when I go back to my time, and how I grew up.  Especially after you and I went to high school and we went to Petaluma High, go go Trojans and stuff, but you know it goes way back to the time when the transition was being made in Sonoma County, back in the 90s and here here to that

CHRIS: I’ll probably give you the rest of this bottle to take home and just enjoy with your dinner but this is a real interesting wine, isn’t that amazing? Seghasio obviously has become a big brand and what I really want to say is the Journeyman, the amazing deli up in Healdsburg, Pete and Kathy Seghasio own that and I wish I had some of their fabulous sausages here and their salumis which are amazing

DAEDALUS: You need all Italian sausages hanging, and a cheese wheel

CHRIS:  Actually that’s a good idea, I need to be curing a piece of a pig right here just because that’s the right thing to do.  Especially if you live in a place where the  Italian culture is big.But you know what this is an amazing wine, how it’s holding up.  This is actually, if we could have those Super Tuscan wines in America, this is a really good example.

DAEDALUS :   Yeah, a little bit of leather on it too.  Finish falls off a bit, but what are you going to expect after 25 years.

CHRIS:  Well yeah I mean, but you put it with risotto, with wild mushrooms or maybe you just stick a piece of meat on top of that and what else you know.

We’re always putting something on to create a mood or sort of like bring us into a moment that kind of thing or to have a memory why it’s exactly the same, right? And I think you always approach it that way like “how am I going to bring myself back to this moment”.

This bottle you opened up, it’s not just the vintage that’s bringing us back to ‘96, it’s like the flavors, the things that you remember tasting is fascinating to me you’ve always been like that.  It’s cool to see it in action like if you ever want to get a tour of the 80s and 90s and it’s all right here.

CHRIS: Yeah and it’s locked in my brain too.  I can’t remember certain things about here and now but I can tell you anything about the 80s and 90s.  And it’s just because it was really the time period.  What an interesting time for us to grow up, especially here in Sonoma County and watch this culture kind of grow with us.

DAEDALUS:   The transition, yeah it was pretty dramatic.  And I remember when I was living in L.A. you would come down and on doing stories and stuff like that you talking to me about like what was happening.  I couldn’t really believe it.  I just was like, “What? Sonoma County, it can’t be where it’s at.”

Came back up and absolutely it was the scene, wine was happening so hard and so fast, so interestingly in the area we’re talking like early aughts,  like especially 2003-4. That’s when the pivot had completed and I think it was full board at that point.

On to Part 3, just scroll down! 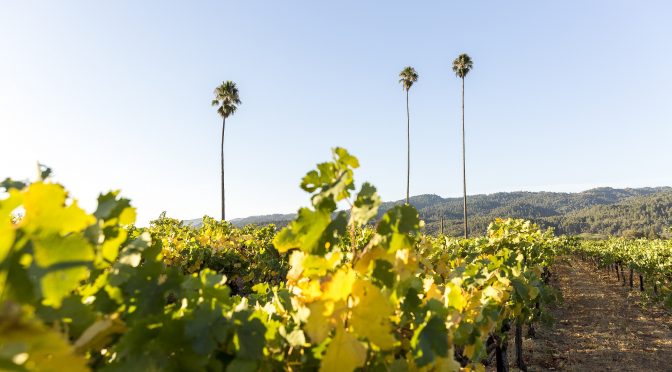 It is MERLOT MONTH and timely to share my varietal article that appeared in Napa Valley Life. Here is a starter to lure you in, finish it up by following the READ MORE link to their site. . . Cheers!

Over the past 50 years, it’s hard to imagine where the wine mecca of Napa Valley would be if not for Merlot’s early success, the noble red grape variety that burst on the scene in the late 1970s. Especially when one considers the series of phenomenal accomplishments that this amiable grape made as the leading wine purchased by American wine consumers, retailers, and sommeliers in the 1980s and 1990s.

In the beginning, Merlot was mainly used as a blending grape in the famous wine-growing region of Bordeaux in France before it arrived in the New World. But that started to change after classic Napa Valley brands like Louis M. Martini, Newton, Sterling, and Trefethen slowly worked with the grape after World War II, and Duckhorn Vineyards became the first winery to bottle the variety on its own in the late 1970s.

When the inaugural  Duckhorn releases hit the market in 1978, the  Merlot was priced at $10.50 and the Cabernet Sauvignon at $10.00. According to veteran winemaker Tom Rinaldi, who crafted the spirited Duckhorn wines for the first three decades, the price differ- ence reflected not only the great potential of Merlot in the marketplace but also the challenges that go along with finding the best sites to plant a grape that performs best in more moderate climate areas. . . 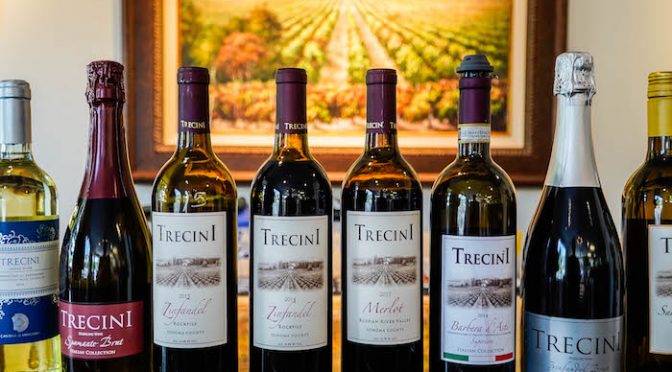 Join Sawyer Somm with Proprietor John Vicini, of Sonoma County-based Trecini Winery, as we taste through his family sourced Italian wine collection: Vermentino from Sardinia, Prosecco-Brut, Spumante Brut, Barbera D’Asti, and Trinità Montepulciano d’Abruzzo Riserva. The Varietal Show sits down at The Union Hotel in Santa Rosa for a special discussion of John’s heritage, the wines and some mouth watering pairings! 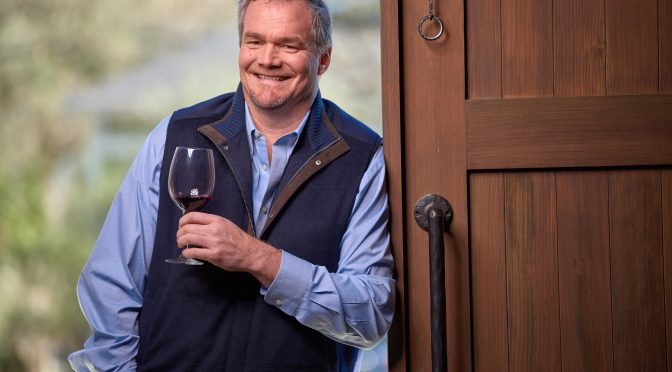 We met in France, he is from Switzerland, and now he is a winemaking consultant here! The Varietal Show has an international discussion about World-Class Wines and the 2021 harvest with Winemaker Jean Hoefliger of JH Wine Consulting. Together we sample a few of his many projects; AXR Rose, V Vineyards Cabernet Sauvignon, & The Debate Cabernet Sauvignon and dreaming of delicious pairings! 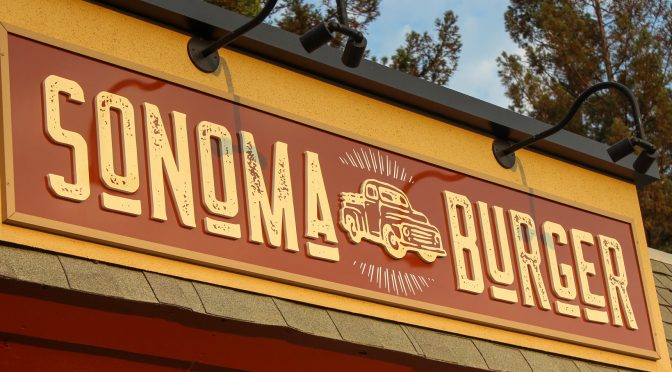 Chef Bob Simontacchi believes the best burgers are simple. Rather than rely on gimmicks, Bob has sought out the best ingredients, sourced from right here in beautiful Sonoma County.

Sonoma Burger is brought to you by the team from Gravenstein Grill, the award winning farm to table restaurant in Sebastopol, CA. They’ve partnered with Sonoma Mountain Beef, a small ranch in Bodega, CA directly off of the Sonoma Coast to bring the best hamburgers & hot dogs you can find anywhere. 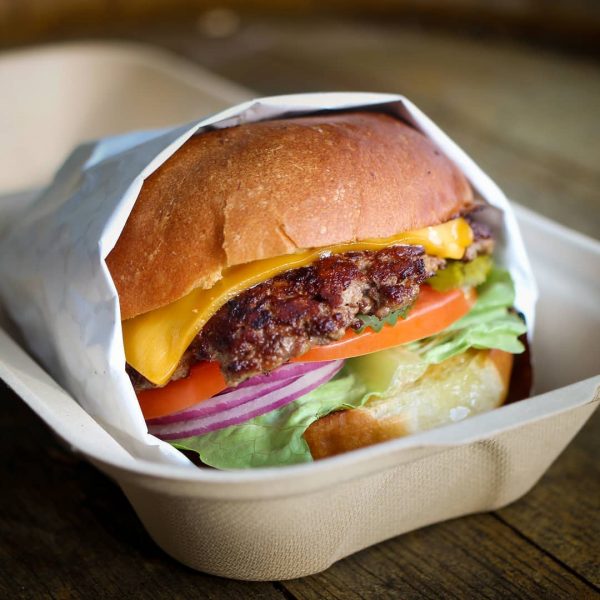 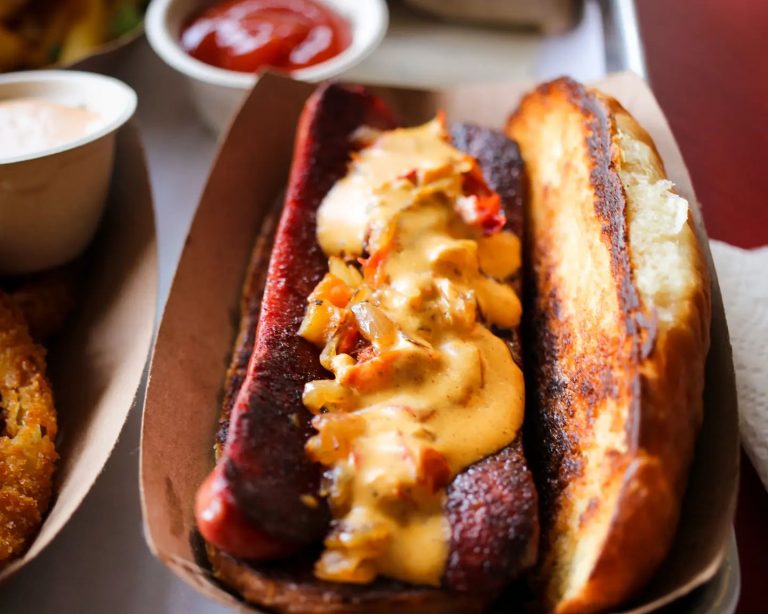 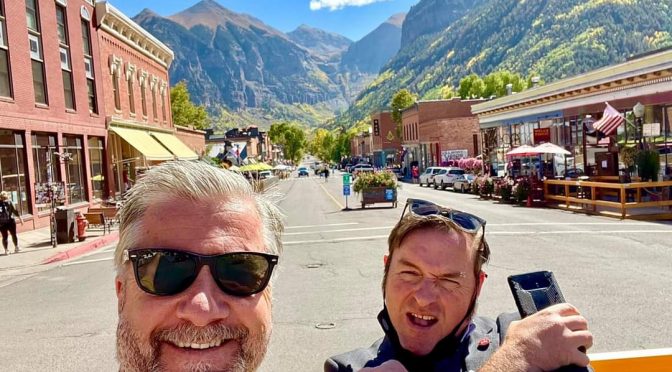 The Varietal Show talks with Shelby Sim from Visit the Santa Ynez Valley, where the infamous Sideways was filmed! Together we review some wines from the Telluride Wine Festival, but feature the white wine Kaena Hapa Blanc from SYV, in my TWF: Art of Blending seminar. 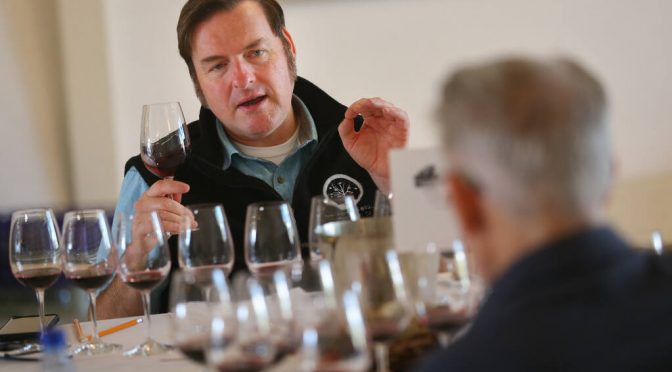 Back on September 14-15 we safely gathered to taste and judge an amazing assortment of wines. You can peruse the list of Harvest Fair WINNERS, but stay tuned for the Public Grand Wine Tasting to take place in 2022!