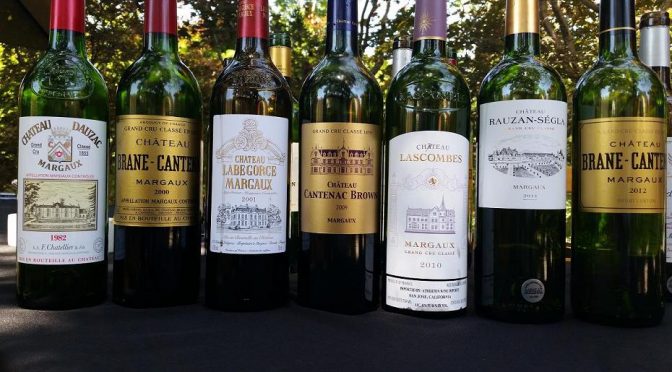 The following is a summary from the first wine education event organized by myself and Keith Casale.  Please enjoy!

Margaux is known for its producing wines with deep colors, concentrated flavors, firm tannins, and the ability to age in the cellar for decades; Cabernet Sauvignon has become one of the most noble grape varieties grown in many of the top wine regions around the globe.

Until twenty years ago, the origin of this grape was a mystery. That changed in 1997 when a DNA study conducted by Dr. Carole Meridith and her PhD student John Bower at University of California Davis found that the grape was the offspring of Cabernet Franc and Sauvignon Blanc. As it turns out, Merlot is also a progeny of Cabernet Franc. From there a true kinship between these three grape varieties became the building block of the famous red wine blends made in the Bordeaux region in southwest France. 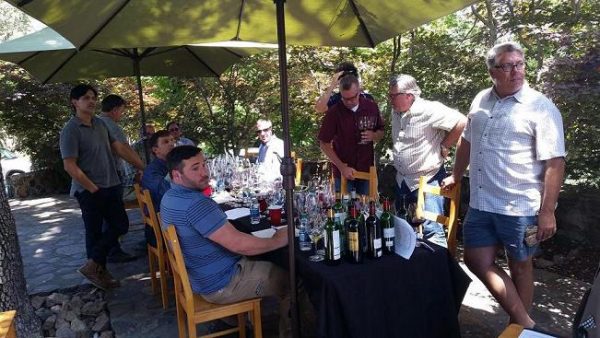 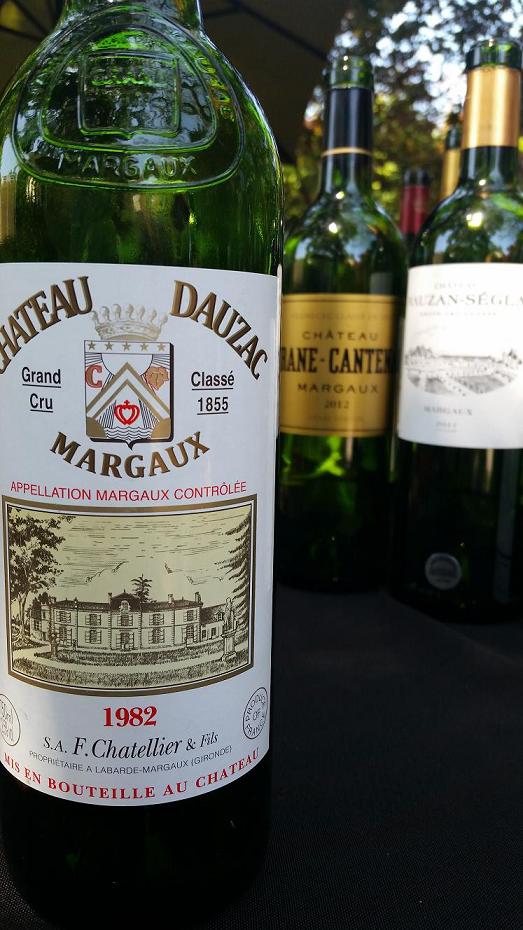 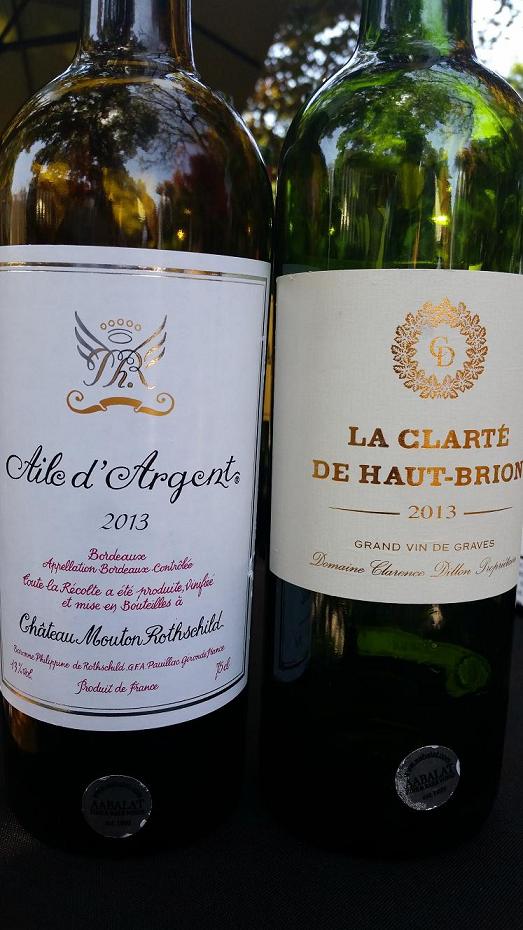 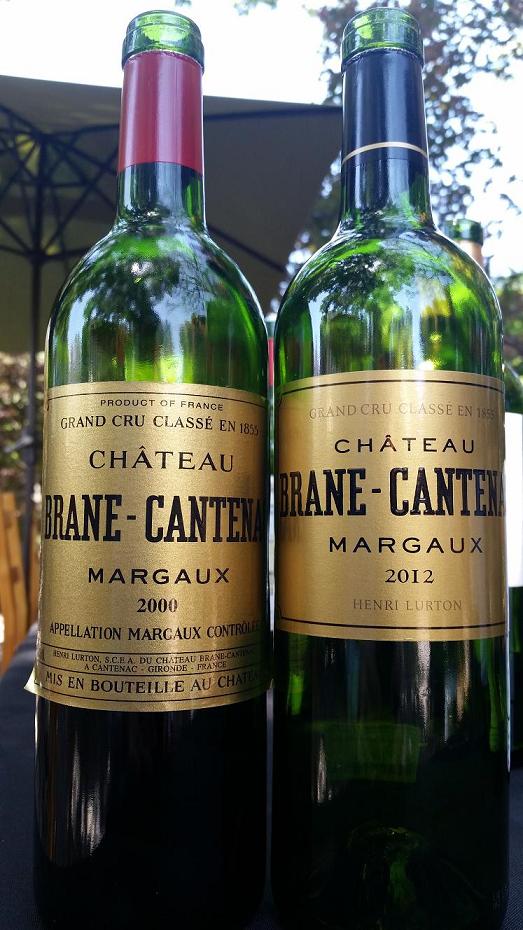 The origins of the grape can be traced back to the late 18th century, when the first recorded vines were planted around the new chateaux being developed in the historic Medoc region located between the Gironde Estuary and the Atlantic Ocean and north of the city of Bordeaux The two patriarchs behind this movement were Baron Hector de Brane and his neighbor Armand d’Armailhacq in Paulliac. After selling Chateau Mouton in 1830, Brane went on to plant new vines at the Chateau Brane-Cantenac property located in the nearby commune of Margaux.

Over the next two decades, the success of the Cabernet Sauvignon grapes grown around Margaux would lead to the highest concentration of vineyards to be named as classified growths in 1855. Among the celebrated sites was Chateau Marguax, which became one of the first four vineyards to receive the prestigious first growths status in Medoc.

As a result, Cabernet Sauvignon is often the highest percentage used to make the red blends in Margaux. As a general rule, the flavor profiles commonly include a mixture of black and red berries, currants, chocolate, and French herbs. Smaller portions of Cabernet Franc and Merlot are then used to add more complex flavors, round and supple texture, and smooth the tannins. Depending on the producers, smaller amounts of Petite Verdot, Malbec and Carmenere are sometimes used to add spice, structure and color to the finished blends as well. Over time, these graceful blends have earned a reputation for being more silky and sensual than the more full-bodied style wines made in the neighboring regions of Paulliac, St-Juilen and St-Estephe to the north.

To study these profiles in more detail, the Sawyer-Casale Wine Education Series recently invited a group of winemakers from Sonoma County and Napa Valley to a special tasting focused on current releases from the 2009-2012 vintages of Margaux, as well as a few older vintages provided by the host Don Sebastiani of Sonoma. 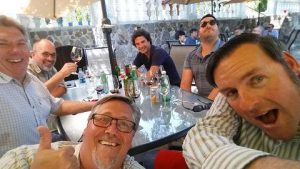 All the wines were tasted blind and ranked on a 1-5 scale. #1 being the highest ranked of the bunch, #5 being the lowest. Here are summaries and rankings of the wines organized in the order we tasted the wines blind:

Details: In 1855, the Brane-Cantenac estate vineyard became one of the special sites to receive second growth grand cru classe status. Today, the 75 acres of vineyards are divided into 55% Cabernet Sauvignon, 40% Merlot, 4.5% Cabernet Franc and .5% Carmenere. These grapes are grown on a combination of sand and clay with a deep concentration of gravel. The 2009 vintage is a blend of 53% Cabernet Sauvignon, 40% Merlot and 7% Cabernet Franc made exclusively with the best grapes on the property.

Group discussion: Hansen liked the way the wine opened up with time in the glass and the distinct flavors that set it apart from the rest; Jelinek liked the chewy tannins and generous finish; and both were intrigued by the Asian accents of soy and ponzu sauce that added more tertiary layers of flavor to the wine. Marchesi liked the entry and the way the wine was lean, tight and leafy. And while Cox thought the wine was a little too dry and astringent at first, he liked the way the flavors and texture became smoother with each sip.
Group Ranking: #3 of 5

Details: With a rich heritage dating back to grapes planted on the property in the 12th century, Chateau Dauzac is one of the oldest estates in Margaux. After receiving its Cinquieme Grand Cru Classé status in 1855, the winery has become known for producing complex blends typically made with two-thirds Cabernet Sauvignon and one-third Merlot. This cellar selection from the 1982 vintage was snuck into the mix by Don Sebastiani, who was also nice enough to share bottles of the 2000 vintage from Chateau Brane-Cantenac and Chateau Labegorce at the lunch that followed the tasting.

Group discussion: While all the panelists thought the wine was an older vintage from the very beginning, Cox liked the weight of the wine and the combination of silky tannins, floral aromas as it opened up, and the smoky notes on the finish. Personally, I thought the wine was fairly lean, but the flavors were extremely concentrated and tasty. Hansen enjoyed the varietal characteristics with bottle age and the long finish. Covington thought it was the most interesting wine of the flight and loved the way it blossomed as it opened up. In the end, the group concluded the finish will only get drier with more time in the bottle. Thus, it needs to be consumed sooner rather than later. But an amazing wine that has aged gracefully over time.
Group Ranking: #2 of 5

Details: Chateau Lascombes was another special winery that became classified as a second growth in 1855. After making it through WW II, Alexis Lichine sold the winery to a British brewer in 1971. Today the winery is once again hitting its stride after going through a lull until the mid-1980s. As a departure from the rest of the Cab-based blends in the flight, this offering from the 2010 vintage is 55% Merlot, 45% Cabernet Sauvignon and 5% Petit Verdot.

Group discussion: At first, Hansen thought the wine was young and closed, but felt it expressed itself much better once it got more air. As a team, we felt it was youthful, lively and rewarding. Overall, a nice example from the region with complex flavors, soft tannins, and spicy nuances.
Group Ranking: #4 of 5

Details: When Baron Brane purchased the estate in 1833, the winery was called Brane-Mouton. In 1838 he changed the name to Brane-Cantenac after the small commune that surrounds the property. The 2012 vintage was made with 68% Cabernet Sauvignon and smaller portions of Merlot and Cabernet Franc. The wine was aged for 18 months in 60% new French oak barrels.

Group discussion: Jelinek liked the full-body flavor of the wine and the extra character the Cabernet Franc added to the finished blend. On a similar note, Scorsone liked the elegant and refined character of the wine, the soft tannins, and how seamless it tasted from start to finish. Penn felt the flavor profile was enhanced with notes of fresh herbs, cocoa, oak, and how a refreshing burst of vibrant acidity lingered in his mouth after each sip. And Covington simply referred to the wine as the “mind’s eye of Bordeaux.” I couldn’t agree more.
Group Ranking: #1 of 5

Details: The history of this winery can be traced back to 1661, when Pierre Desmezures de Rauzan purchased the Noble House of Gassies in Margaux. At the time, Rauzan was the manager of Chateau Margaux. While building his own family brand, he would later go on to work for Chateau Latour and purchase properties in Paulliac that eventually became the well-known estates of Pichon Lalande and Pichon Baron. The 2011 vintage contains 62% Cabernet Sauvignon, 36% Merlot and 2% Petit Verdot grapes primarily planted on gravel and a small portion of clay.

Group discussion: This was by far the most controversial wine on the table. Marchesi liked the firm entry and the expressive flavors of ripe blackberry, black olive, earth, and dried tannins. Cox enjoyed the balance of the sweet fruit, slight astringency, woody character, and the depth of the wine. On the flipside, I felt the fruit was a little too ripe, restrained, and hidden by oak. Scorsone agreed. To him, the wine was too squeaky clean and reductive, with not enough personality and too hot on the finish. And while Robinson liked the ripe dark fruit flavors and chalky tannins, he thought the finish was short and simple. In the end, the panel concluded that the wine was more of an international style instead of focusing on capturing the unique flavors Margaux has to offer.
Group Ranking: #5 of 5

Conclusion: The group was very impressed with the lineup of the wines. The ones that stood out the most had deep flavors, balanced tannins, and structure that allow them to age naturally for more than 20 years in the bottle.

Next up: A winemaker’s focus on wines from northern section of the Cotes de Nuit of Burgundy.  Stay tuned for more reports from the Sawyer-Casale Wine Education Series in 2016! 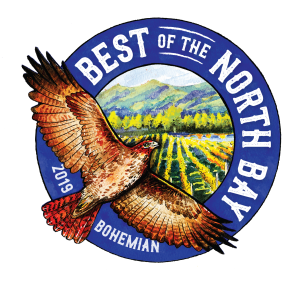