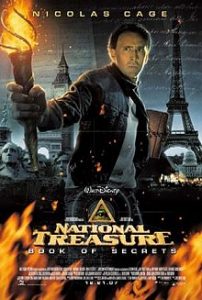 The 7th Annual “Stars Under the Stars” Outdoor Film Festival at St. Francis Winery continues.  Get ready for an evening of intrigue with “National Treasure: Book of Secrets”, which includes an introduction by the film’s Executive Producer Charles Segars.  I will be there as your festival sommelier to pair St Francis’ world class wines with world class films. Starts at 7pm, admission is free!