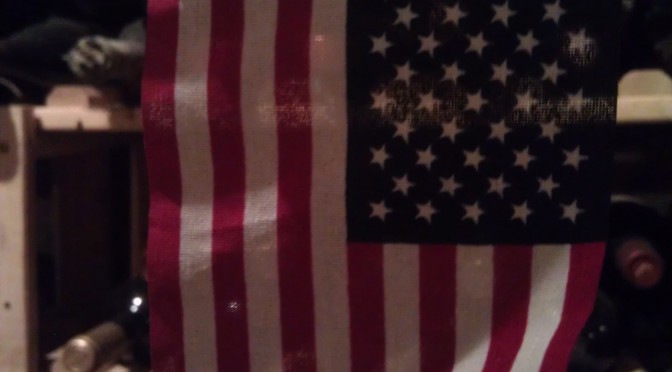 Let’s face it, all barbeque sauces are not created equal. Some are sweet and tangy, while others can be much more bold and spicy. To celebrate July 4th, a classic American tradition to follow is Patrick and Gina Neely’s recipe for Pork Ribs, which melds together the sweet and tangy flavors of brown sugar, molasses and apple cider vinegar with spicy notes of cayenne pepper and smoked paprika to create a tasty sensation with a lingering finish. Typically, these ribs are easy to serve with baked beans and coleslaw.

To match up with this wide range of flavors, I tend to lean towards serving a balanced Zinfandel with ripe fruity flavors, layers of spice, balance, and a restrained level of alcohol. Among the flavorful new releases to meet my criteria is the DeLoach Vineyards 2012 Zinfandel, Russian River Valley ($20).

Known as California’s “sweetheart grape,” Zinfandel has been grown in Sonoma County’s Russian River Valley since the early 1880s. While many of the older vineyards are “field blends” interplanted with Petite Sirah, Carignane, Mourvedre (Mataro) other red grape varieties, the new DeLoach wine is more focused on purity and the fresh fruit flavors from younger vines planted at the Becnel and Slusser vineyards in northern Russian River Valley and a smaller portion of more concentrated fruit from old vine Zinfandel planted closer to the Deloach Estate Vineyards western of Santa Rosa. As a result, the wine features lively aromas of ripe blue fruits, violets, cinnamon and clove; concentrated flavors of boysenberry, blueberry, black raspberry, dark plum, fresh cracked pepper, layers of savory spice; a sexy rustic texture; and a long, lingering finish without too much heat or alcohol.

As an extra July 4th tip, I would recommend pairing the BBQ Pork Spareribs and DeLoach Zinfandel with the movie Top Gun starring Tom Cruise, Kelly McGillis, Tim Robbins and Val Kilmer. Ironically, several scenes from the movie were filmed at the Kansas City Barbeque, a bar and restaurant located in the harbor district of San Diego, which opened to the public in 1983, the same year Russian River Valley became recognized as an American Viticultural Area. On its own merits, that patriotic fact of American wine history takes my breath away!