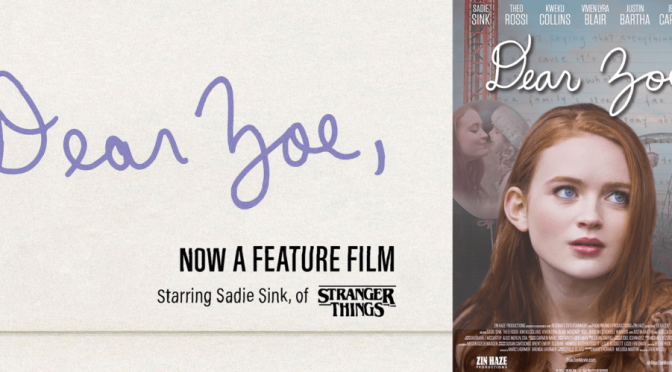 At the Dear Zoe film premiere in Pittsburgh on November 2, all the stars, including Sadie Sink, Kweku Collins and the supporting cast were there! This touching film, made by my friends Brenda & Marc Lhormer, is based on the book by Philip Beard which was first published in 2004.

Here is the trailer if you missed the theater screenings. Now you can catch the entire film on all Video on Demand channels, including ITunes/AppleTV and Amazon.