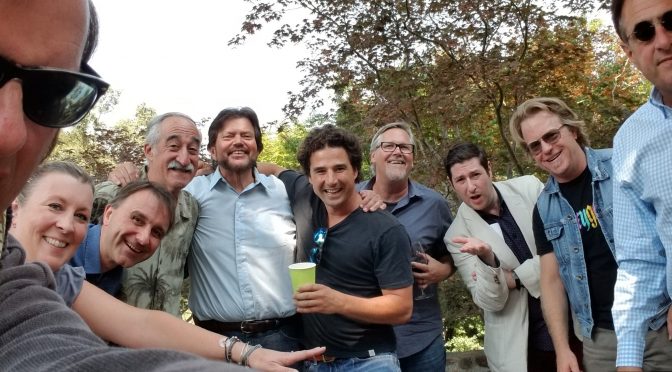 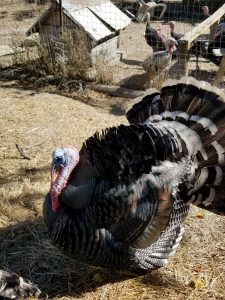 When the original Pilgrims and American Indians gathered together to feast on wild turkey and other bounties of harvest at the First Thanksgiving in the New World in 1621, the now-famous winegrowing region of Bordeaux in France was still at the early stages of development and the first sprigs of the noble grape variety Merlot hadn’t yet been produced by mating Cabernet Franc (the father) with Magdeleine Noire des Charentes (the mother).  But when turkey and the varietal were served together 350 years later, it marked the beginning of a bond that would lay the foundation for wine lovers across the nation to pair red wines with poultry, as well as other white meats and fish, during the holidays or any day of the year from that point forward. For that reason, sommeliers and wine professionals often refer to Merlot as the quintessential “bridge wine” which connected the dots between fine cuisine and red wines in the modern age.

Until this momentous change happened  in the mid-1970s, the easy guideline to pairings given by home econ teachers and cookbook authors was the old “white-on-white” rule: To match poultry and other lighter meats with Chenin Blanc, Riesling, Gewurztraminer and sweet or off-dry styles of white wines that had dominated the US market since the early 1960s. Beyond sweet pink wines like Mateus and Lancers from Portugal and lighter style reds like Beaujolais Nouveau from France and Chianti from Italy, the main alternative options for people who preferred red wines were primary jug wines, blends, or young offerings of Cabernet Sauvignon that were often too fruity, sweet, tannic, or unapproachable.

Back to the Old World…In the legendary “Right Bank” of Bordeaux, Merlot was already recognized as the main red grape used to craft annual releases from Petrus and other high-end red wines from the Pomerol and St. Emillon areas. In addition to providing an abundance of deep and dense ripe fruity flavors and structure to elegant and complex wines; the other important trait of the grape is how it could produce  wines with the admirable combination of velvety texture, bright acidity, and soft and supple tannins that paired perfectly with everything from turkey and all the fixings, as well as chicken, duck, pork, salmon, roasted vegetables, pizza, pasta, gourmet sandwiches, and a wide range of cheeses.

For these reasons, Merlot started to gain traction in Northern California in the late 1970s as well. An excellent case in point was the debut release from Gundlach Bundschu in Sonoma Valley in 1976, which became the first wine to use the name of the varietal on the front label in Sonoma County. Over the mountain in Napa Valley, when Duckhorn Wine Company released its inaugural bottling of Merlot in 1978, it was priced at $10.50 per bottle, which was more expensive than their Cabernet Sauvignon, which retailed for $10.00.

Talented winemaker Tom Rinaldi, who made the Duckhorn wines for more than three decades, says a major reason behind this decision was the fact that a growing number of female consumers were enjoying the soft and supple texture that wines made with the merlot grape had to offer. “It was very obvious that women appreciated the softer, more luxurious mouthfeel of Merlot and how it worked with a broader range of foods,” says Rinaldi, while sharing a magnum of the Duckhorn 2000 Napa Valley Merlot with winemakers, members of the media and sommeliers at a Merlot event I recently co-hosted in Sonoma.

As time passed, these attributes helped launch Merlot mania, which  swept across the nation in the 1980s and 90s. In doing so, it opened the gateway for Pinot Noir, Grenache, and other grape varieties with soft tannins to be paired with white meats as well. On the downside, when the consumption of Merlot reached a new zenith at 20.3 million cases sold in 2000; the growing demand also meant that store shelves, online sites, and wine lists were flooded with mediocre copy-cat versions made with inferior grapes. As the overall quality of the wines started to drop, the purge was initiated by the famous line “I don’t want any of that f@#*ing Merlot,” quipped by Miles, the lead character in the wine-themed film Sideways, which hit the big screen in 2004.

When this reality check hit, sales dropped dramatically the following year. This trickle-down affect was handled in a variety of ways by different brands. In some cases, the vines were ripped out or replaced with Cabernet Sauvignon or newer plantings of Pinot Noir. For others, the grapes were used to make red wines or special proprietary blends instead of being sold as a stand-alone fighting varietal. But for winegrowers and vintners who were committed to the craft of making world-class wines with the Merlot grape, it became a rally call and helped raise the bar with the use of better clones and more advanced, eco-friendly farming techniques that have resulted in the highest quality of Merlot we have ever seen in the marketplace.

To help this cause, the #MerlotMe organization was founded in 2013. Since then, this network of producers located in California, Washington, Oregon, New York, Texas, Virginia, Ohio and around the globe has reached more than 62 million wine drinkers and generated more than 100 million social media impressions in 40+ countries and 50 states. Therefore, in addition to celebrating the 15-year anniversary of the film Sideways and beginning the exciting renaissance of Merlot-based wines, the fun series of events held during International Merlot Month in October and International Merlot Day, November 7th, marked the seventh straight year that wine lovers across the nation celebrated the success of this smooth, elegant, and complex red wine offering made with this noble grape varietal.

With these thoughts in mind, I am sharing a list of some of my favorite Merlots picks in 2019 on the next Sawyer Somm post entitled #MerlotMe Thanksgiving Wine Picks.  From elegant to ethereal, precious to powerful: Beyond offering great pairings with a wide range of dishes served during the holidays, they are also wonderful wines that can be enjoyed with different styles of cuisine throughout the year.

For more information about top producers and other cool wine events focused on this noble grape, visit www.merlotme.com and use the hashtag #MerlotMe when you post about the great wines you come across in the future.

Happy Holidays to all from Chris Sawyer and SawyerSomm.com!