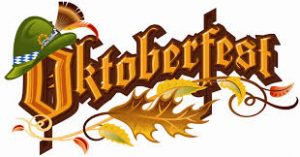 Well, technically almost half of the Oktoberfest events have already taken place, mostly in September. Hmm. However the sudden urge to consume beer at the outset of autumn is an understandable predicament. Given that, here are a few Oktoberfest opportunities to whet your palate depending on where you reside or travel this month.

Nevada City Oktoberfest: October 8th
If you are heading into the mountains this might be a fun stop (we will just miss this, arriving in NC 2 days later). There will be beer from local breweries, live entertainment, German food and a vintage motorcycle display.

Sierra Nevada Oktoberfest in Chico: October 7 & 8
In an area well known for beer consumption, there will also be live music, cold beer and hot glass blowing demonstrations. Musical lineup of three bands. Don’t forget to practice up on your chicken dance before attending.

If none of these suit your locale scout out
some other options at this Oktoberfest Caliornia link!