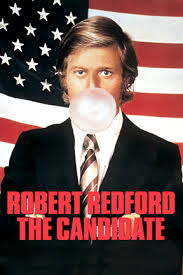 This week at the 7th Annual “Stars Under the Stars” Outdoor Film Festival at St. Francis Winery will be the political classic “The Candidate”, starring a youthful Robert Redford and Peter Boyle.  I will be there as your festival sommelier to pair St Francis’ world class wines with world class films. Starts at 7pm, admission is free!