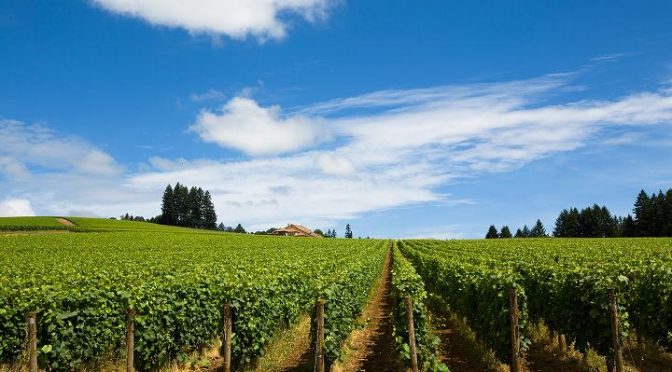 Based at Linfield College in McMinnville, Oregon, the International Pinot Noir Celebration has brought joy to wine fans who love drinking world-class wines made with variations of this noble grape grown in Oregon, California, Burgundy and other special regions around the globe. This year’s festivities in late July marked a chance to learn about where Pinot Noir has come over the past three decades and how the special combination of French soul and Oregon soil helped make the Willamette Valley one of the top wine growing regions of the world.

It is a journey that began four years before “Papa Pinot,” the young American adventurer David Lett of The Eyrie Vineyards, planted young samplings of the first Pinot Noir grapes near Corvallis, Oregon in 1965; another early pioneer to see the potential to plant world-class vines in the region was Frenchman Joseph Drouhin, who came to the region to sell his family’s wine from Burgundy in 1961. But it wasn’t until 25 years later that Drouhin’s daughter Veronique laid the foundation to accomplish this dream when she visited the region and interned with upcoming wineries Adelsheim Vineyards, Bethel Heights and Eyrie in 1986.

The following year, Veronique and her family established Domaine Drouhin Oregon. Today, the majestic winery in the Dundee Hills represents a signature French accent that helped put Willamette Valley and other segments of Oregon on the world wine map to stay.

To celebrate the 30-year anniversary of these accomplishments, the Grand Seminar at this year’s festival, moderated by wine critic Eric Asimov of the New York Times, was aptly titled The French Adventurers: Burgundians Making Pinot Noir in Oregon. Here is the SawyerSomm synopsis of the seminar and the a few Domaine Drouhin wine reviews.

Like her father Joseph, who originally visited the Willamette Valley in 1961, Veronique Boss-Drouhin immediately saw the promise of the region primarily located west of Highway 101 and the Pacific mountains between Portland and Eugene, when she first visited the area in 1986. Although the region did not have the limestone soils of Burgundy, Drouhin loved the cool climate and the various forms of basalt and volcanic soils that make it a prime region to grow the Pinot Noir, Chardonnay and Pinot Gris grapes she studied while attending the University of Dijon in the mid-1980s. However, it wasn’t until 1986 that the family’s dreams of planting vines in the region started to become a reality. 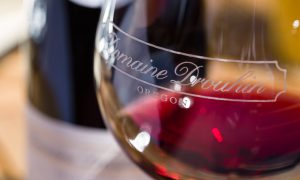 When the first 96 barrels of DDO wines were made the following year, the family didn’t own a winery or had to source the grapes they worked with. But after the original Pommard and Wadenswil clones of Pinot Noir were planted and the winery was finished a few years later near Dundee, the winery has become one of the most celebrated Pinot Noir producers in the United States.

In the words of John Paul, proprietor of Dundee-based Cameron Winery, who spoke briefly at the IPNC seminar, “Veronique and her family brought the legitimacy that the Oregon wine industry really needed.”

Domaine Drouhin 2014 Roserock Zephirine, Eola-Amity Hills / $60 – 97 pts
Although it’s a relatively new planting on the southern edge of the exciting Eola-Amity Hills appellation, winemaker Veronique Drouhin-Boss loves the possibility of this new DDO estate vineyard. The quality of the fruit shows in this new release, which is from the warm vintage of 2014. Rich, supple and concentrated, the wine starts with attractive aromas of dark fruits, potpourri, fresh tea leafs, blood orange peel and licorice. The flavors are equally deep, with deep notes of black plum, raspberry, wild strawberry, red cherry, mineral, chewy tannins, structure and layers of savory spice on the finish.